Birdcap: A Closer Look At The Creative Process Of A Traveling Muralist 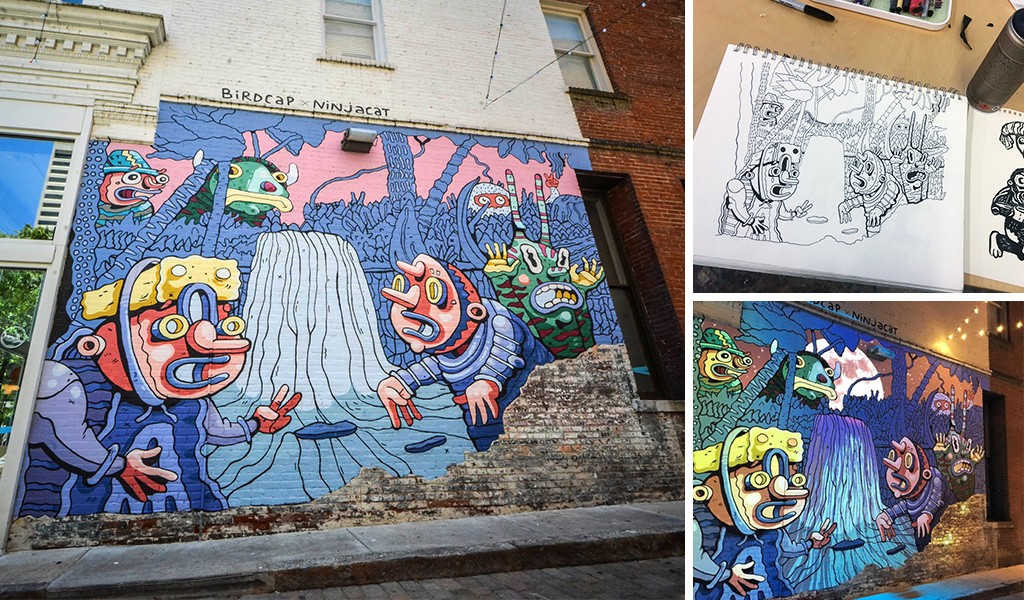 Michael Roy, aka Birdcap, is a contemporary muralist and illustrator from Mississippi that we discovered through a good friend of DA, Frenemy. I liked his work so much, I wanted to ask him a couple of one-on-one questions to find out more about his process. Turns out, he’s an extremely cool dude and offered some great insight for anyone trying to make it as an artist. Read on for the full interview, and definitely check out his website or follow him on the gram.

Tell us a little about yourself, your background, and how you first realized that you love making art!

I’m from a really really small town in the south.  I started drawing as an escape from being lonely I guess, but it eventually led to me making a lot of friends down the road.  I think I love making art because it creates a lifestyle to be happy and creative  when you’re alone, but also facilitates community with cool people anywhere you go.

How long have you been creating murals?

I’ve been painting murals seriously for about five years now. 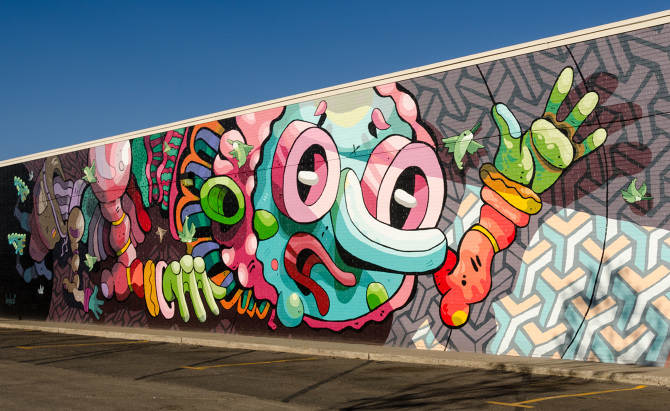 As an artist whose “living out of his suitcase, painting murals from city to city”, How do you go about securing a wall? Any tips on how you maintain a steady flow of work?

Haha, I wish.  It’s sort of a feast or famine lifestyle to be honest.  Some months I’m getting jobs back to back and other months I’m painting for free in an abandoned warehouse.  I think the best tip I know so far is just to keep putting your work out there, and be available for opportunities when they show up.  It’s obvious maybe, but the internet is an incredible tool and even thirty minutes a day of contacting building owners and applying to Request for Proposals can go a long way. 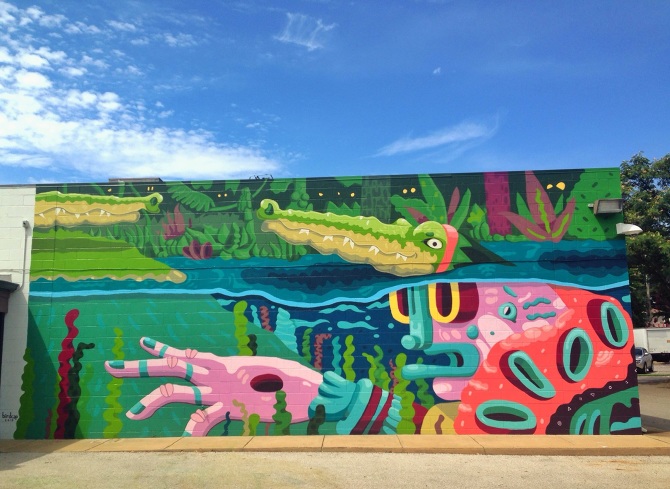 When you’re creating something so massive, it’s obviously a lot different than doodling in a sketchbook. Can you explain your creative process from start to finish? Do you freehand? Sketch it out on a grid?

It really just depends on the wall.  I like to freehand when I can but after a wall gets over twenty feet high it can be tricky.  Also depending on the project, I might not have as free of range about changing the image as I go and so I’ll want to use a grid or a projector to mark off the composition.  All my murals start as sketchbook drawing and I usually have the sketchbook leaned against the wall while I’m drawing it out for reference.  I think it’s important to try and keep the life that the sketch has because when you paint big it lose a little life in just constructing such a big project. 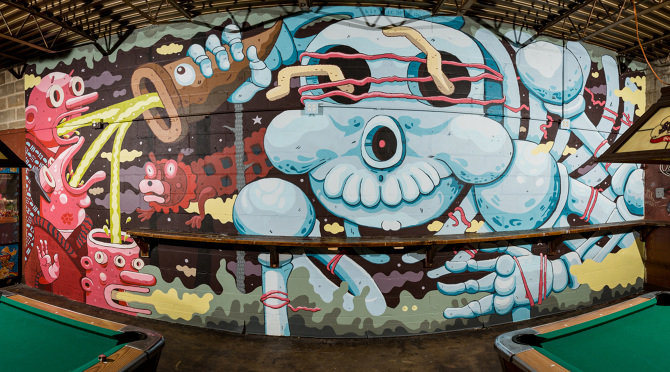 I think any professional creative can understand the frustration of working with a client that’s difficult, too picky, etc. Do you run into that problem as a muralist, or do you typically have total creative freedom?

Definitely!  I’ve been lucky to work with a lot of really cool clients who’ve allowed me a lot of freedom, but I’ve pulled out of a number of jobs because of a client and I not being on the same page.  There’s a million artists out there, so if they need work that doesn’t look like mine, they really should go find the artist whose work fits the project. They’ll do it a lot better than I will, and everyone will be happier for it. 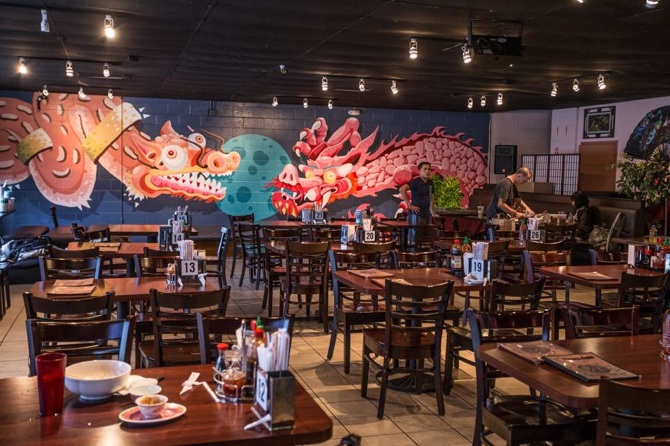 Where are you off to next? Do you have any exciting projects or collaborations coming up in the next couple of months?

I’m headed to Key West to do a little mural in June and might be heading back to Denver for a mural festival after that, but things are still up in the air.  I’m currently doing an artist in residency at Crosstown Arts in Memphis TN, so I’ve just been working on studio paintings this week.  It’s crazy having a huge space to doodle and build in after so many years of having just the sketchbook.  I’m really grateful to them for the opportunity to experiment and make some new stuff. 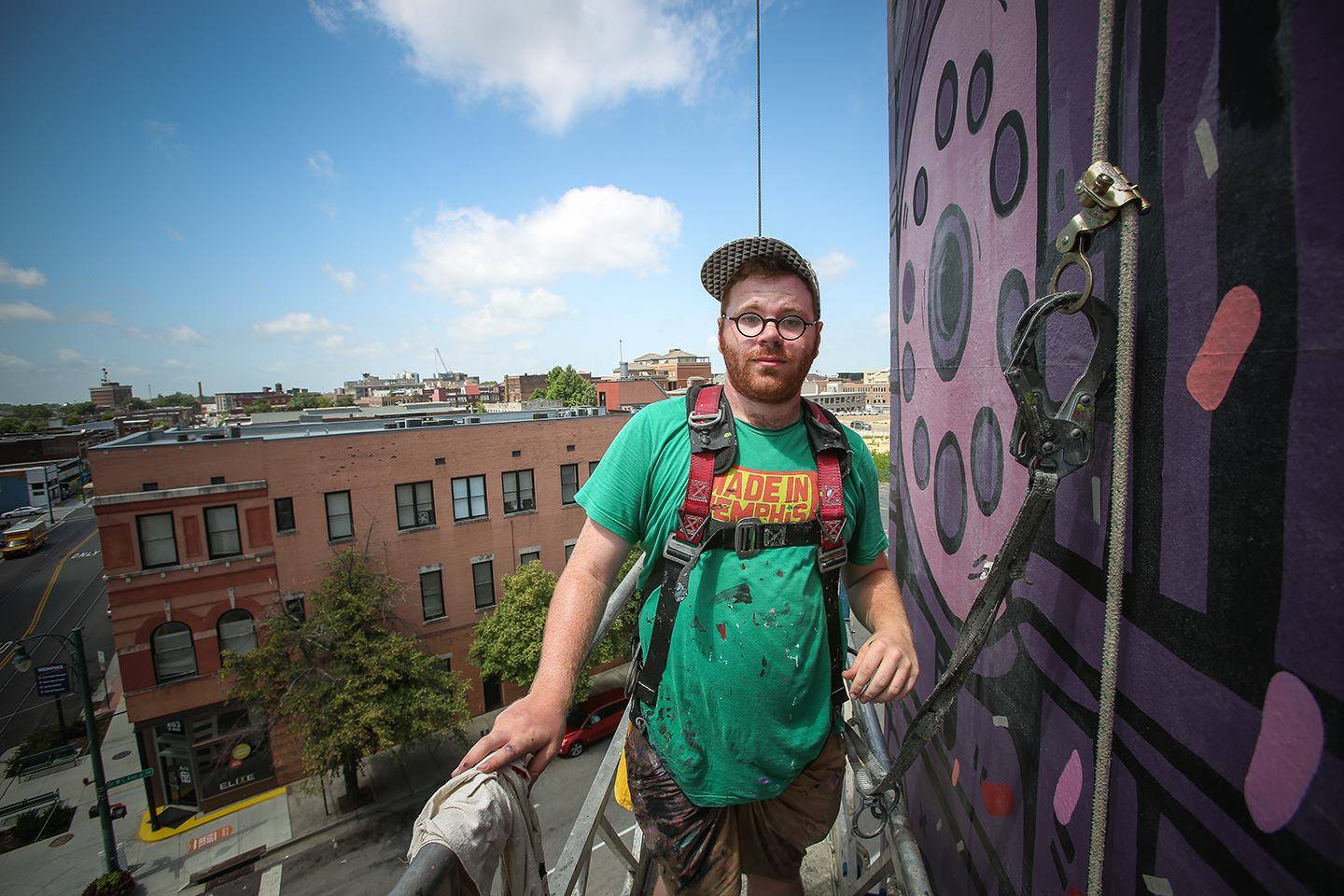 Any tips, tricks, advice, final words for all of the awesome, creative people on DA looking to make it as an artist?
Make work that makes you happy and excited to work on it!  There’s a million jobs out there that are more lucrative than being an artist.  If you’re an artist but you’re making work you don’t like to do, I really think you’re getting a raw deal.  The compensation for being an artist is that your life is really fulfilling, even If you’re wearing awful clothes and eating more ramen than a Korean high school student.  If you want money, there’s a lot of fulfilling ways to do that too and it doesn’t have to compromise your art.  Art is a weird career, haha, but it can be a really happy one if you know what your priorities are. 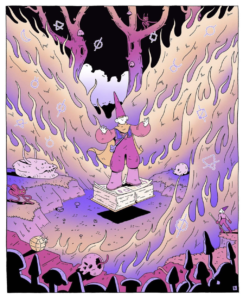 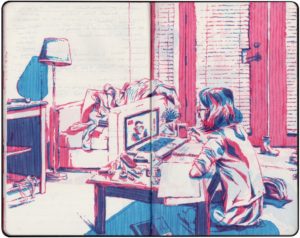 Two-Color Sketchbook Spreads Are Like Looking Through 3D Glasses

The Wonderful World of Mutants 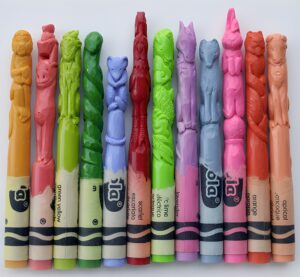 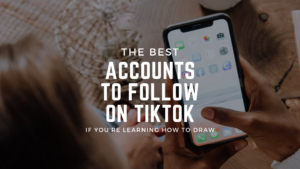 Your one-stop shop for digital art. Whether you’re looking for the best laptops or tablets for drawing, the highest-rated styluses, or the 411 on NFTs - we’ve got you covered on everything having to do with the digital art world.

If it’s pens, pencils, markers, sketchbooks, or the coolest doodles on the internet that you’re looking for - you’re sure to find it here! We’ve collected and curated the best tools, inspiration, and artists to follow all in one place.

Are you looking to expand your practice and hone your skills? These are the best resources, tutorials, and how-to’s on the internet for every medium and skill level.

Calling all painters, paint lovers, and everything in between! Here you can find anything and everything paint related from the best watercolor paints, how to use different brushes, our favorite painters to follow, and so much more. This is your go-to resource for all things paint-related!

Paintings of Women Submerged in Water

Painted Figures of Man (And His Best Friend, Too!)